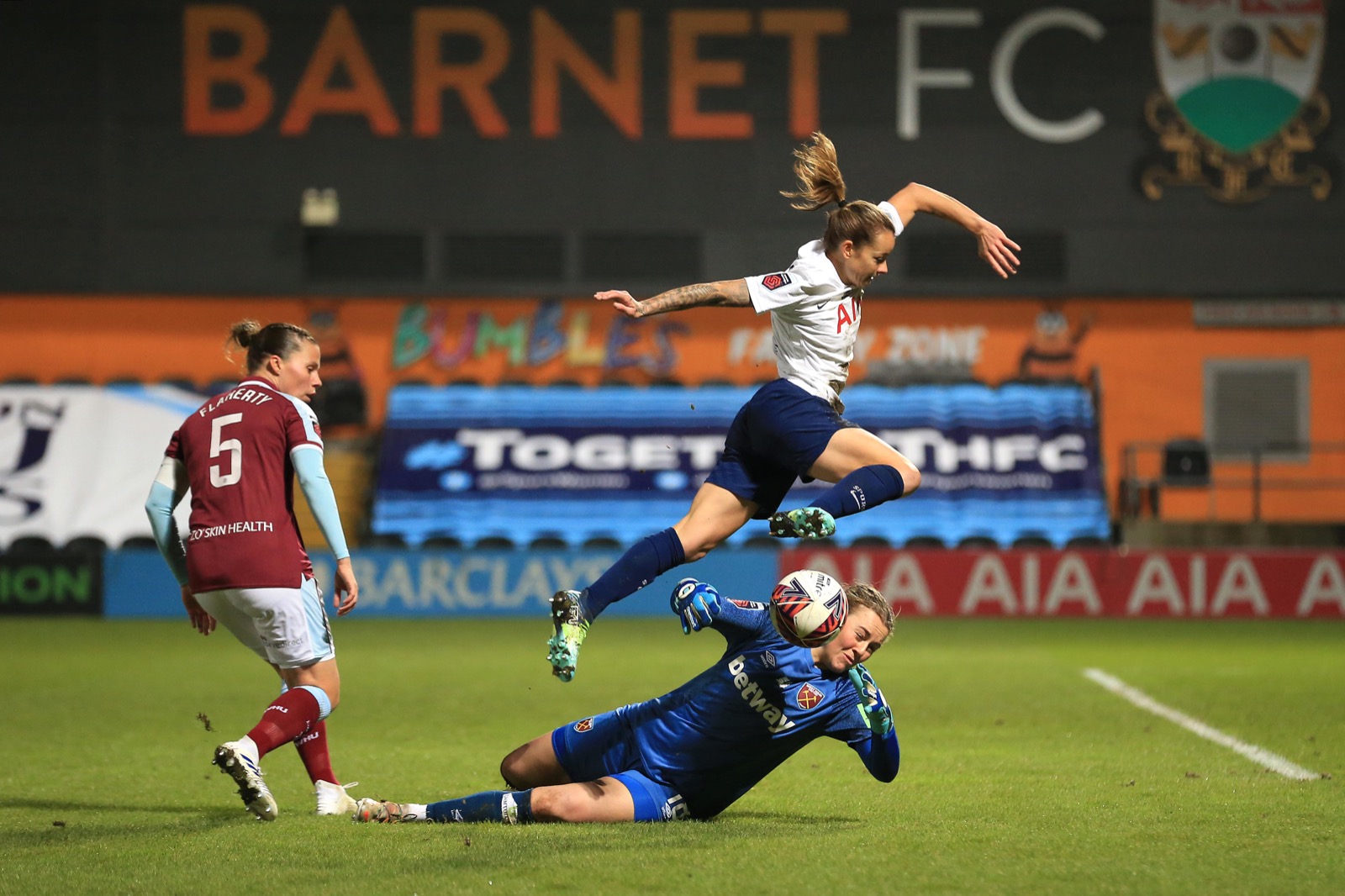 Not literally. According to Wikipedia she is just 5 foot 3 inches but Ria’s contribution to Spurs this season has been absolutely massive.

To start with some stats: Ria has played the full 90 in every one of our first 12 WSL games (along with only Ashleigh Neville and Molly Bartrip). This season she is third in the WSL for pressures (292, which works out as more than 24 pressures per game!) and 4th for tackles won (winning 25 out of the 37 she’s attempted). That she’s in the middle of the action is also evident by the number of fouls she’s both drawn (22) and committed (24). But where she stands out is that she’s also fifth in the league for key passes (making 25) and eighth for both shot-creating actions (40) and xA (expected assists per game), which demonstrates her importance to the team across the pitch. (More stats available at FBref).

Beyond the statistics, Ria’s contribution is obvious to anyone who’s been watching our games. Away to Manchester United Ria’s penalty area clearances prevented an embarrassing score-line from racking up. But she’s everywhere. As well as tracking back at speed, Ria consistently provides outlets in the middle of the field, pushing the game forward. And she is combative in the best way – not boiling over, but not backing down, and in the right place at key moments to win tackles down the wing, breaking up opponents’ play. It’s not a coincidence that by the end of the game her shirt is rarely still white, the muddy smudges marking her willingness to get in – and to ground – when needed. To top that off, she has a quality swerving shot, has taken almost every corner for the first ten games (Josie Green is starting to take some now), and most free kicks in our opponent’s half, releasing scorching balls into the box. It was from one of these that she scored that beautiful free kick against Manchester United for a breathless last-minute draw (see the clip in case you somehow missed it).

I realise that this betrays that I’m relatively new to women’s football because I probably shouldn’t be surprised that a player that won the best player of the decade (2011-2020) for her confederation (Oceania) is pretty good. But somehow, she still seems to go under the radar.

Within the team, Ria’s worth is recognised, thus her constant presence. And she clearly fits well with Rehanne Skinner’s way of playing, that requires players keep running hard till the final whistle and that every player tracks back when needed.

So this is just a massive thank you to Ria for the performances that she puts in. What she does has been crucial to Spurs across every part of the pitch.

We’re going to continue to need her intensity and energy, and right foot, if we’re going to be up there fighting for Champions League places – this season or next.

If you come across other pieces that could be included here or if you’re interested in writing a blog about anything SpursWomen get in touch.

3 Replies to “Ria Percival is Massive”

This is auto-generated so may sometimes list irrelevant articles.